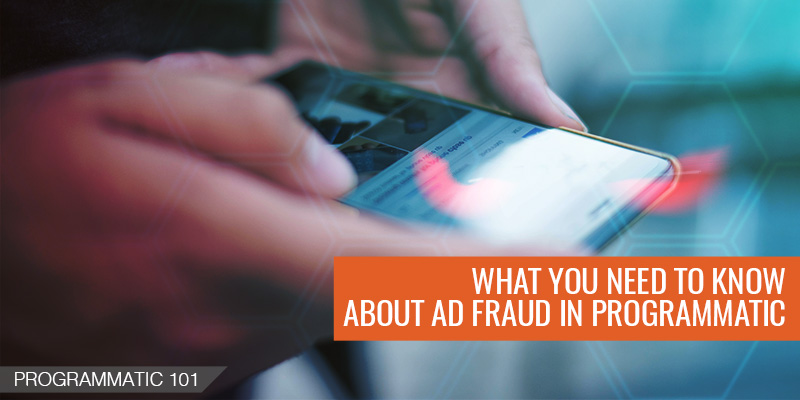 What You Need To Know About Ad Fraud in Programmatic

What is Ad Fraud?

Ad fraud occurs when the ads are not seen or when ads are seen by non-human traffic.

What does that mean?

When ads are not seen, it means ads are not visible to the user but still generated impressions (and sometimes clicks). We use the term “viewability” to describe whether the ad was viewable.

When ads are seen by non-human traffic (i.e. bots), fake traffic generate the impressions and clicks.

In both cases, the impressions are not real. Advertisers are paying for fraudulent impressions. The World Federation of Advertisers (WFA) predicts that ad fraud could cost advertisers USD$50bn by 2025.

How does this occur?

When the impressions are generated by human traffic but are invisible to the intended users, this can sometimes be a fraudulent impression.

Here are some cases that cause a fraudulent impression:

Majority of fake impressions and clicks are generated by non-human traffic called “bots.” These are scripts that pretend to be human by surfing websites, viewing ads, imitating mouse movements and clicks, and even generating fake form submissions (therefore cause conversions).

Ad fraud occurs in over 52% of uncertified mobile apps according to Sizmek’s report on Advertising Fraud In Mobile. These apps tend to involve illegal content activity such as illegal music streaming, free movie downloads, etc.

What can be done?

The advertising industry takes ad fraud very seriously in a number of ways:

1. Industry-wide collaboration: Advertisers and publishers work together to keep the industry clean of fraudulent and malicious activity. This encourages transparency and collaborative efforts to bring fraud to the surface.

3. Constant monitoring, blacklist, whitelist, third-party verification, and companies like White Ops keep an eye out on fraudulent activity. Advertisers and publishers have access to numerous resources to minimize ad fraud.

4. Regulations make sure both advertisers and publishers have policies in place to ensure ongoing efforts to maintain a clean industry.